Jason Lewis has resurfaced on Australian television, two decades after he found fame starring as hunky male model Jerry ‘Smith’ Jerrod on Sex and the City.

And fans could be forgiven for not recognising the 49-year-old during his appearance on Channel Seven’s The Morning Show on Wednesday.

Gone were the iconic shaggy blond locks and clean-cut look that he once sported on the beloved HBO show. 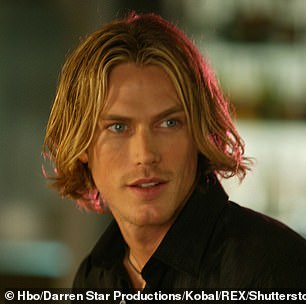 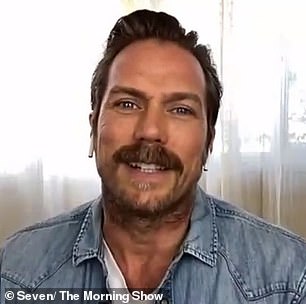 My, how you’ve changed! Sex and the City actor Jason Lewis, 49, appeared on The Morning Show on Wednesday (right) – and he looked very different to how fans may remember him on the cult HBO program (left)

Instead, Jason unveiled a head of dark brown hair that was slicked back and a rugged beard.

Perhaps the most noticeable change was Jason’s thick brown moustache.

Jason, whose character famously posed nude for a fictional Absolut Vodka ad campaign on the show, spoke to hosts Larry Emdur and Kylie Gillies about why Sex and the City is still popular today. 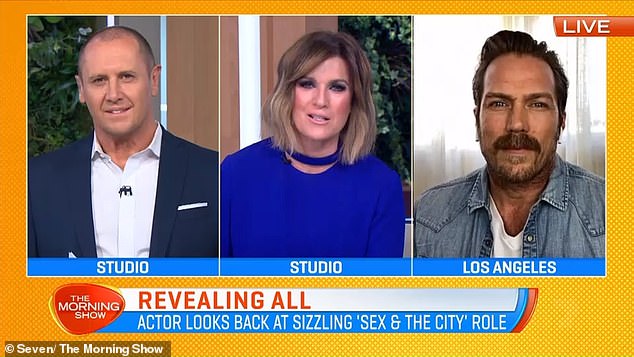 ‘I think it starts with the title’: Jason (right) spoke to hosts Larry Emdur (left) and Kylie Gillies (centre) about why Sex and the City is still popular today

‘Any good writing speaks for something we all experience and they did such a good job of doing that while keeping it funny and entertaining and sensational,’ Jason explained.

‘But it was always something that was really heartfelt in each episode,’ he added. 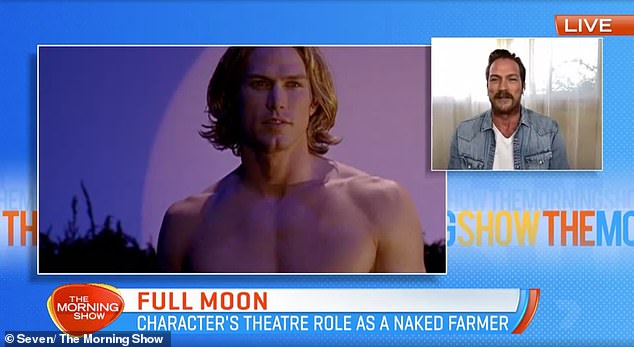 ‘It was a good lesson in getting used to your natural state’: Jason also revealed what it was like to film the iconic scene where he stripped nude in front of a live audience 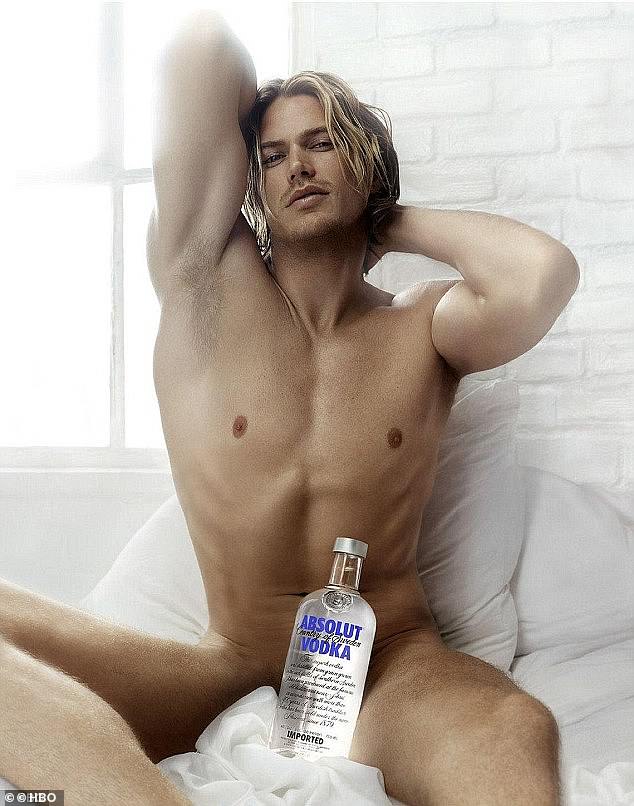 Who could forget? Jason’s character famously posed nude for a fictional Absolut Vodka ad campaign on the show (pictured)

Jason also revealed what it was like filming the iconic scene in which he stripped nude in front of a live audience, including his character’s girlfriend Samantha Jones (played by Kim Cattrall).

‘It was a lot of takes and a lot of people. It was a good lesson in getting used to your natural state,’ he laughed.

Explaining why it had taken so long to film the racy moment, Jason said: ‘When you have lots of people in one scene, you have different people from different angles.’

‘I got to do it from many different directions, the poor cameraman had to deal with me,’ he chuckled.

Since appearing in Sex and the City, Jason has starred in TV drama Midnight Texas, and Lifetime movies Seeds of Yesterday and If There Be Norms. 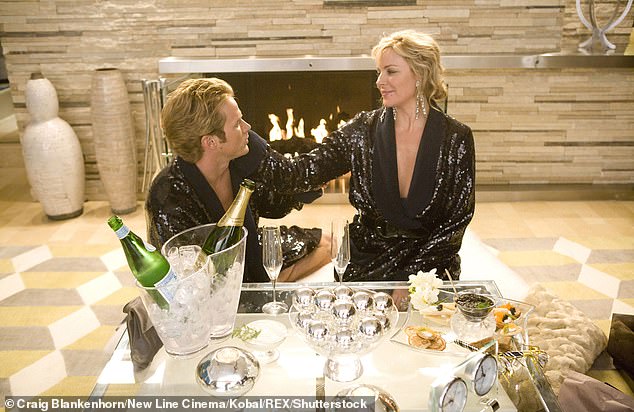 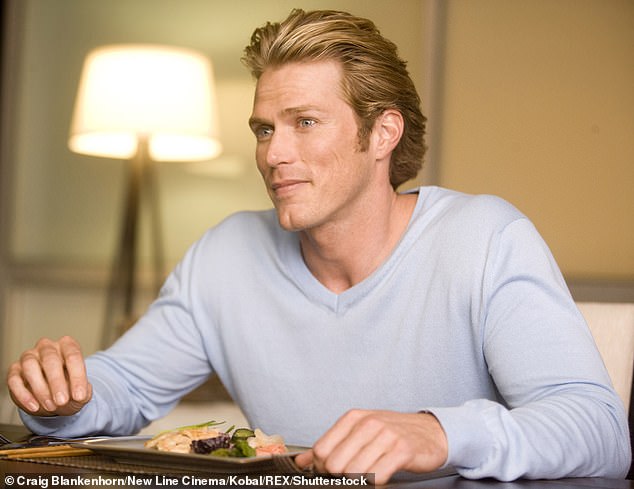 Famous franchise: Jason also starred in the Sex and the City movie in 2008 (pictured)