‘Pepe is vastly experienced and he will be a real voice in the dressing room’: Former Liverpool goalkeeper Pepe Reina in line to make Aston Villa debut as Spaniard integrates with new team-mates in hilarious initiation

By Tom Collomosse For The Daily Mail

Pepe Reina is in line to make his Aston Villa debut on Saturday with Dean Smith backing the former Liverpool goalkeeper to bring a winning mentality into his side.

Smith confirmed Reina, who has joined on loan from AC Milan until the end of the season, was ready to start the vital relegation clash at Brighton if he is given the nod ahead of Orjan Nyland. That would make him Villa’s fourth goalkeeper of the season after Nyland and injured pair Tom Heaton and Jed Steer.

Reina, 37, has not played in the Premier League since his final game for Liverpool, against Queens Park Rangers in May 2013, but Smith is still convinced he can hit the ground running. 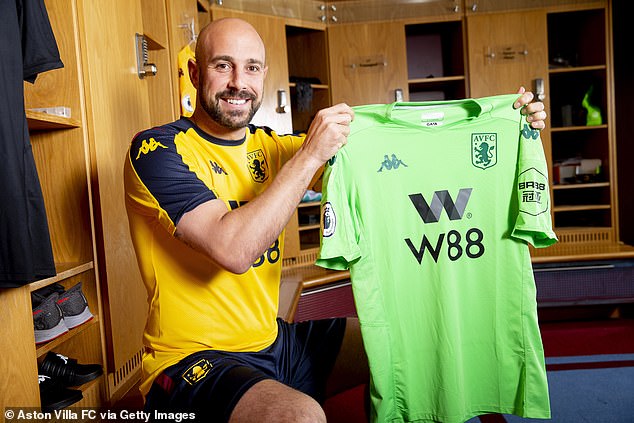 Smith said: ‘Pepe is vastly experienced and he will be a real voice in the dressing room because we have a fairly young squad. He can certainly help them.

‘Pepe was watching us get beaten 6-1 [by Manchester City] last Sunday – and he still signed! I wouldn’t have brought anybody in with 16 matches to go if I didn’t feel they could play straight away.

‘Looking at the way he performs in training and listening to him speak – not a problem. He’s probably just what we need in the dressing room at the moment.

‘His experience tells you all you need to know – he’s a World Cup winner (Reina was part of Spain’s squad in 2010). He’s got an air about him. He knows what he’s about. He certainly won’t accept falls (in performance), that’s for sure.’ 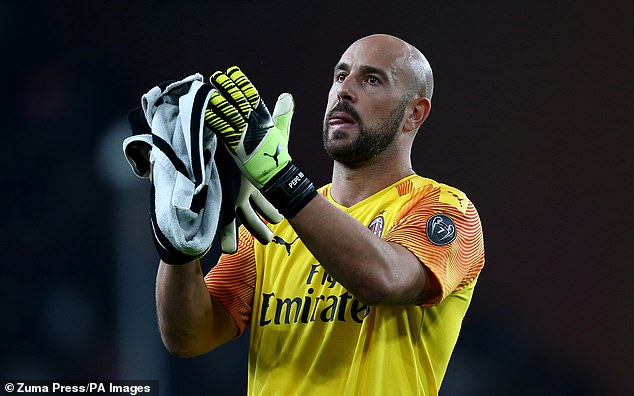 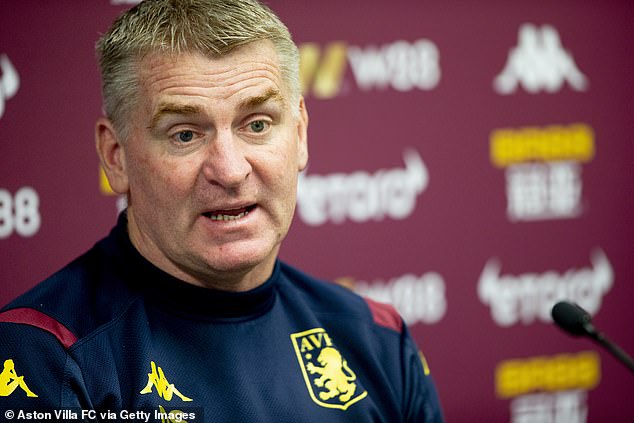 Reina’s new team-mate Douglas Luiz has shared footage of the goalkeeper participating in his initiation as he and fellow new boy Danny Drinkwater looked to integrate with their new team-mates.

Drinkwater donned a wig as he sang in front of the Villa squad while Reina delivered a rousing rendition of a Spanish number.

Villa were also hoping to complete the signing of Genk forward Mbwana ‘Ally’ Samatta following medical on Friday. The Tanzania forward, who will require a work permit, is expected to cost about £8.5million. 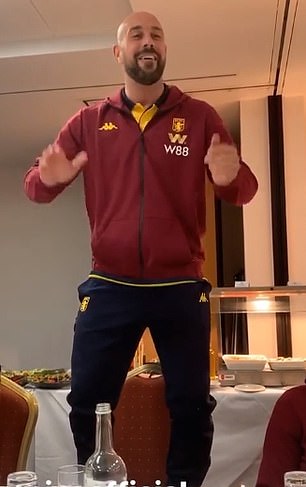 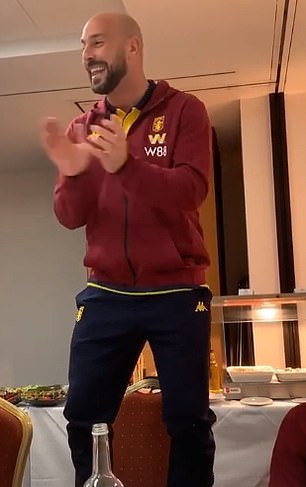 Brexit boost: ‘We’ll follow you out of the door,’ Italy’s Salvini tells Boris

Married At First Sight: Stacey and Michael's fight that never made it to TV