By Sam Blitz For Mailonline

Manuel Pellegrini has admitted that former West Ham goalkeeper Roberto Jimenez was a major reason why he was sacked by the Hammers.

Pellegrini was relieved of his duties at the east London club just three days after Christmas following a run of nine defeats in 12 games.

However, the Chilean said that the poor performances of Roberto, who left West Ham on loan following Pellegrini’s departure, were a considerable factor as to why he lost his job. 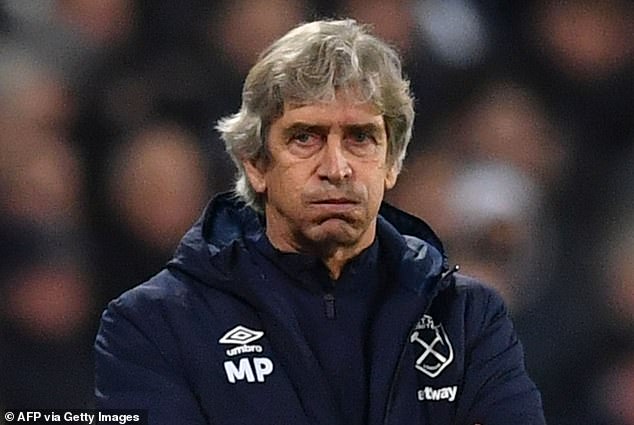 Pellegrini told Chilean newspaper La Tercera: ‘Unfortunately, we had a major injury, from the goalkeeper [Lukasz Fabianski] of four months. And the performance of the second [Roberto] was not as expected.’

‘He had responsibility in several goals. The team was losing confidence, the results were denied and the owners decided to change.’

The 33-year-old goalkeeper came into the side following a hip injury sustained by first-choice Lukasz Fabianski in a 2-2 draw against Bournemouth in September.

However, the Hammers failed to win any of the following six matches in which the Spaniard deputised in goal for West Ham, losing five of them. 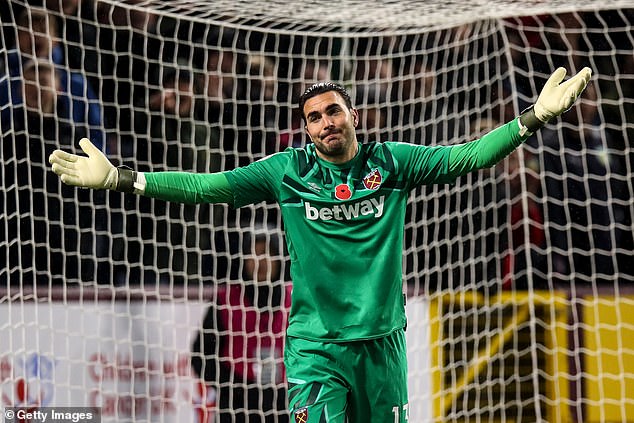 Furthermore, Roberto was regularly criticised by his own supporters due to several individual errors leading to opposition goals.

These mistakes included throwing the ball into his own net during a 3-0 defeat to Burnley, as well as giving away soft goals in matches against Everton, Newcastle, Tottenham and Sheffield United.

The long list of mistakes led to Roberto being dropped for 33-year-old third-choice goalkeeper David Martin, who immediately impressed as the Hammers shocked the league by winning 1-0 at Chelsea on 30 November. 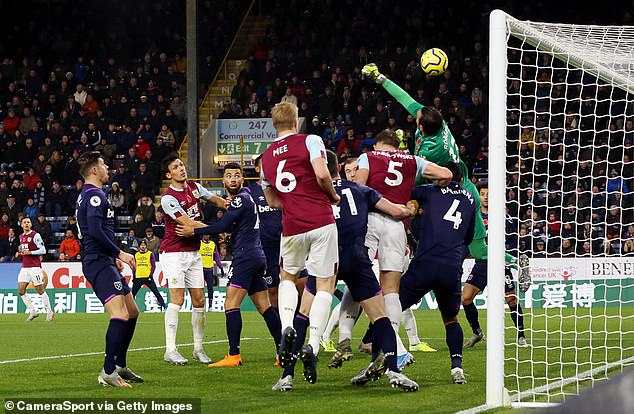 Despite playing once more for the club due to an injury to Martin – a 2-1 defeat to Crystal Palace in December – Roberto’s future at the club became untenable and joined Spanish club Alaves on loan during the January transfer window.

Pellegrini said that he was branded responsible for Roberto’s errors, which led to more pressure to deliver in his former job.

He added: ‘In football, the first thing that one must understand is that you always have the responsibility. You can fall into those negative streaks.’

‘The players lose confidence and you, as a coach, must find the solution. You don’t always find it and sometimes the board don’t have patience.

‘It has happened to Mourinho, Pochettino, Emery … What happens is that it never happened to me.’

It was the first time that Pellegrini had been sacked in the middle of a season during a career which has spanned over two decades. 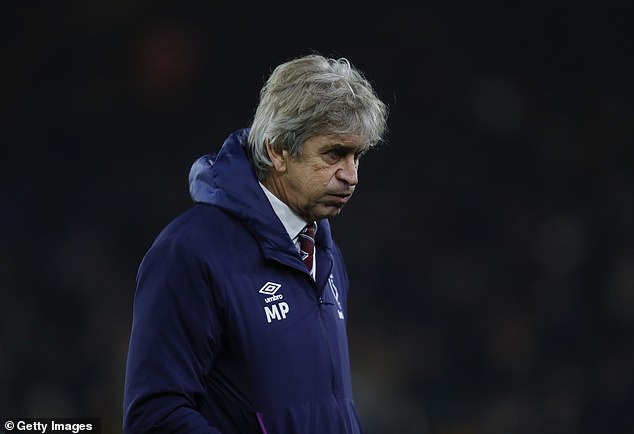 The former Villareal, Real Madrid and Manchester City boss has admitted that his departure from West Ham hurt him deeply.

He said: ‘It [The sacking] hurt me. It is the first time in 20 years that I did not finish the season. In all clubs the season was over.

‘At Real Madrid I did not finish my contract, but the season did. I hadn’t stopped in the middle of the season for 20 years’.

Inside the outback watering holes where tradies quench their thirst after a day in...