The husband of a New York prosecutor who filmed his child’s nanny on bathroom spycam, could have charges against him dropped, after he claimed he only used it to watch himself undress.

Matthew Seltzer, who is married to Assistant District Attorney Lauren Angelo-Seltzer, has said that he didn’t fit the device to record Vanessa Rivas.

The 23-year-old child minder accused him of spying in January 2018 but the family initially claimed someone else must have plugged-in the camera which appears to be a black USB power adapter.

‘I felt humiliated,’ Rivas told the New York Post about the camera pictured over the sink and next to the shower. ‘This is where I would undress multiple times. I showered there multiple times.’ 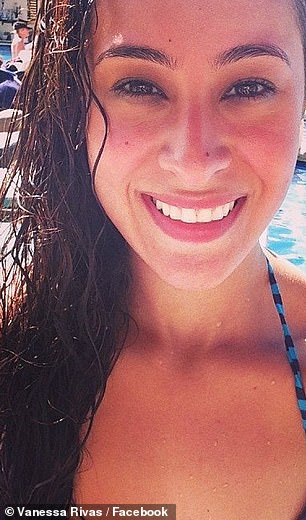 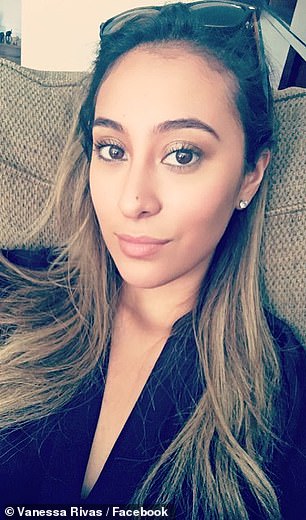 Vanessa Rivas (pictured left and right), 23, accused Matthew Seltzer of using the camera to spy on her in January 2018 but in October he claimed he used it to record himself. Her lawyer claims the case has included ‘so many apparent abuses of power has shaken my faith in the criminal justice system’ 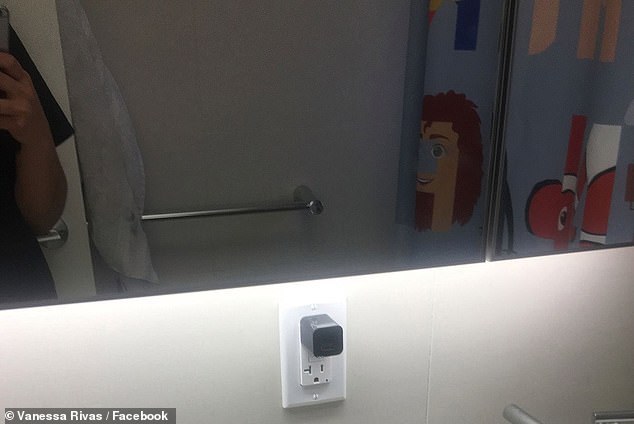 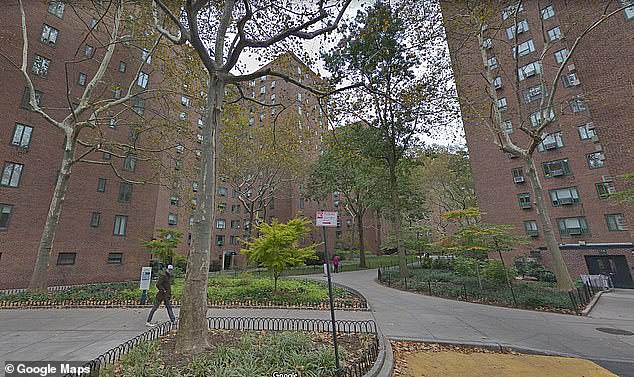 Rivas said she agreed to take the couple’s children to swimming lessons under the condition that she could use their shower afterwards. The memory card indicated it had been placed in the bathroom 15 minutes before she arrived

Rivas said she agreed to take the couple’s children to swimming lessons under the condition that she could use their shower afterwards. The memory card indicated it had been placed in the bathroom 15 minutes before she arrived.

Rivas claimed the ADA became ‘hostile’ when she told her about the discovery.

She claims the woman tried to snatch the camera back then proceeded to call her 45 times and send 26 text messages after she got away with the microchip.

The ADA – who is seen at the beginning of footage rummaging through the cabinet wearing a coat and a backpack – told police she had no idea he camera was there and claimed to be a victim of the covert surveillance herself.

‘Matt and I would never ever ever do this and I have no idea how or why you think we would, so we need that chip,’ The Post reports the ADA wrote to Rivas in text messages.

‘(Seltzer) began a campaign of harassment against Ms Rivas by claiming to other nannies and parents that Ms. Rivas was irresponsible and crazy,’ the lawsuit states.

Eileen Koretz (left), is a retired Manhattan Criminal Court judge and former state Joint Commission on Public Ethics (JCOPE). The accused man’s mother-in-law resigned amid a probe of meddling in the case after she pressured Rivas to drop the charges

While the initial complaint was filed with Manhattan cops, it was switched to Brooklyn to avoid conflict of interest.

However Koretz pressured Rivas to drop the charges a week after they were filed, the victim claims.

‘I know you had asked for your salary, so if there was a way to end this and just sort of pay you your money, have some sort of written agreement you all won’t talk to each other anymore and move on,’ The Post reports a phone call recording revealed.

‘So the police [investigation], that will end, and you’ll all move on.’ 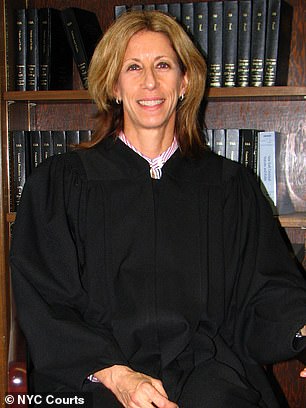 In January 2019, Rivas filed a civil suit in Manhattan Civil Court but Judge Lynn Kotler (pictured) recently put that case on hold until the end of the criminal probe

Rivas replied: ‘Eileen, I just can’t let something like this go. I don’t know whose intentions they were . . . I don’t know how many videos there are of me, if this was the first. It will be the last.’

Koretz later resigned as the state inspector general looked into claims of meddling in the criminal case.

Then in January 2019 Rivas filed a civil suit in Manhattan Civil Court but Judge Lynn Kotler recently put that case on hold until the end of the criminal probe.

Rivas said she continues to suffer mental anguish from the ordeal and deserves compensation for the humiliation, embarrassment, stress and anxiety she has endured.

It is unclear what damages Rivas is seeking from her former employer.

She claims they breached her reasonable right to privacy.

It is legal to video-record someone in common areas of your home without their consent, but you cannot spy on them in areas where they have a ‘reasonable expectation of privacy’ – such as a bathroom.

This kind of ‘unlawful surveillance’ is a felony and can carry up to seven years in prison.

The case was supposed to be heard over the summer but it still has not gone in front of a grand jury, two years on. 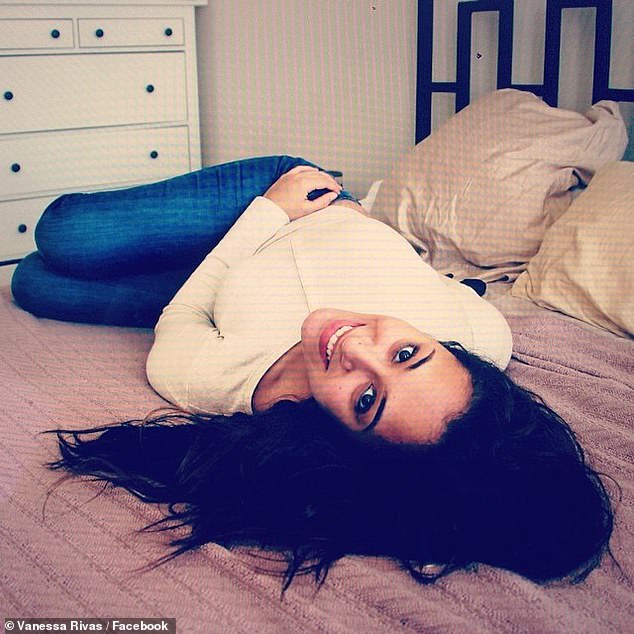 The nanny’s (Rivas is pictured) lawyer claims the DA’s office is protecting Seltzer because of his relationship: ‘They’re putting Vanessa’s life on hold to protect this pervert’

Following the new defense he offered in October, according to Brooklyn DA spokesman Oren Yaniv, investigators are now searching for evidence Seltzer has a history of recording himself getting undressed.

Meanwhile, the nanny’s lawyer claims the DA’s office is protecting Seltzer because of his relationship.

‘Apparently, they are actively considering dropping the case because of this new defense . . . They’re putting Vanessa’s life on hold to protect this pervert,’ Vincent White told the New York Post on Saturday. ‘It’s good to have connections and money I guess.’

White labelled Seltzer’s defense ‘ridiculous’ and said there’s ‘no explanation as to why he would need a hidden, disguised camera with motion activation to film himself, as far as we are aware’.

‘If I was a criminal attorney and I tried to pass off a defense with this many holes in it, I would expect any self-respecting law enforcement professional to laugh in my face or worse. I would deserve it,’ White said.

‘This recent development in a case which has already included so many apparent abuses of power has shaken my faith in the criminal justice system.’

Criminals have 'smaller BRAINS': The 'handicap' may explain why offenders steal and are violent

Married At First Sight: Cathy gets 'really jealous' when bride flirts with Josh

Princess Margaret's son Earl of Snowdon and his wife announce they...