By Oli Gamp For Mailonline

Tottenham forward Son Heung-Min has been the club’s best player in the last two or three years, according to former Spurs star Jermaine Jenas.

The Korean star is in superb form of late – netting on each of his last four games – and he took his tally for the season to 14 goals after scoring a late penalty against Southampton to send the team into the fifth round of the FA Cup after a 3-2 win.

His heroics on Wednesday night did not go unnoticed by Jenas, who was full of praise for his efforts and willingness to cover ground for his team-mates. He said the 27-year-old has consistently delivered for the club over the last few seasons. 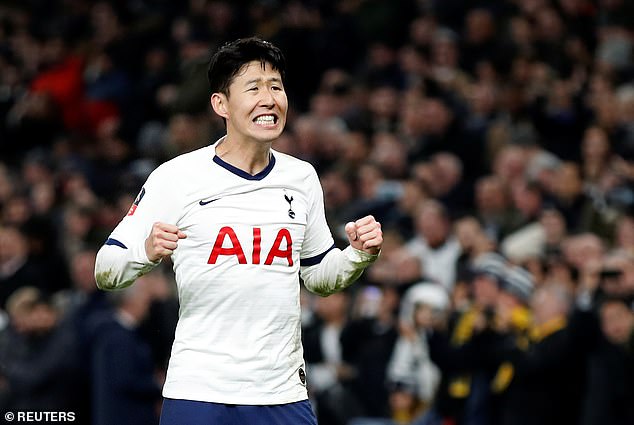 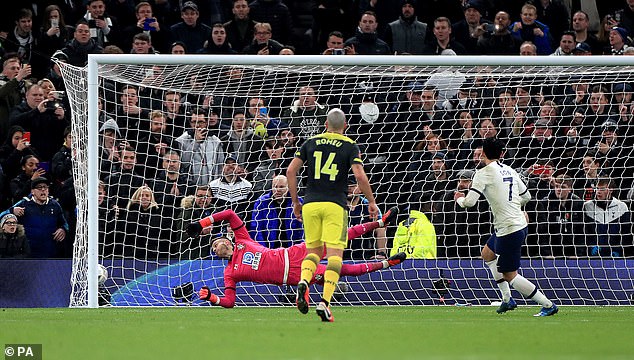 ‘Time and time again this guy (Son) steps up,’ Jenas told BT Sport. ‘He was one of the stand outs in terms of work rate. You need these guys who run and dig that deep, these guys love him.

‘He’s been Spurs’ best player for the last two three years, hes carried the team in the absence of Harry Kane.’

Son didn’t have much luck in front of goal in the first half, as he and Lucas Moura attempted to cause problems for the Saints despite a lack of service.

It wasn’t until Dele Alli came on to provide an attacking link that their fortunes changed – with both forwards finding the net. 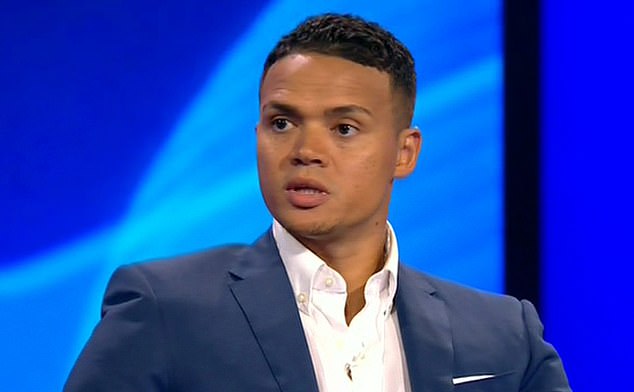 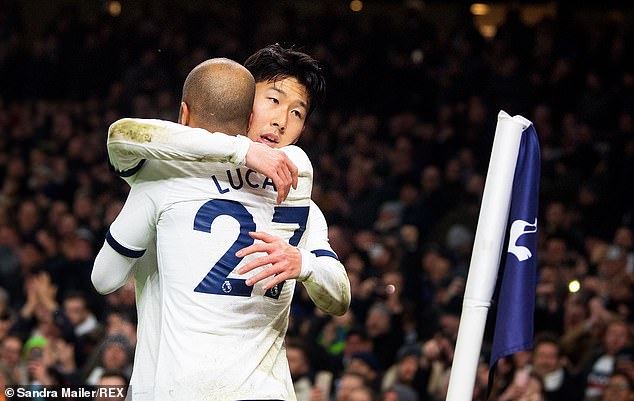 But Jenas commended their performances and said Moura had also caught his eye with his movement on and off the ball. He added that the Brazilian’s goal would come as a relief with Harry Kane currently sidelined by injury.

‘Moura and son worked tirelessly throughout – even when they were isolated on their own they still won the ball back and made things happen.

‘Moura was looking for a link to bounce that ball off – he’s got so much pace that you’re not gonna catch him. This is pass and move, when you can glide like he can, you can make things happen. He needed a goal, he’s had a lot of responsibility since Kane has been out.’

I won five Olympic gold medals on a horse – despite having no feeling...

Riverdale's KJ Apa reveals to Ellen he's over being called an...