All those training sessions when Steve Borthwick brings a bucket filled with slippery, soapy water paid off on Saturday night.

England needed to react to the France defeat and the best way to do that was getting a win against a tough Scottish team away from home in stormy conditions.

It was not pretty but they got out of Edinburgh with the victory and are still alive in the Six Nations, which was the most important thing. 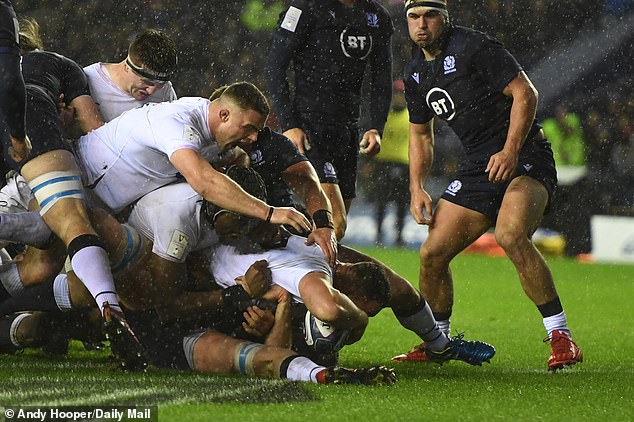 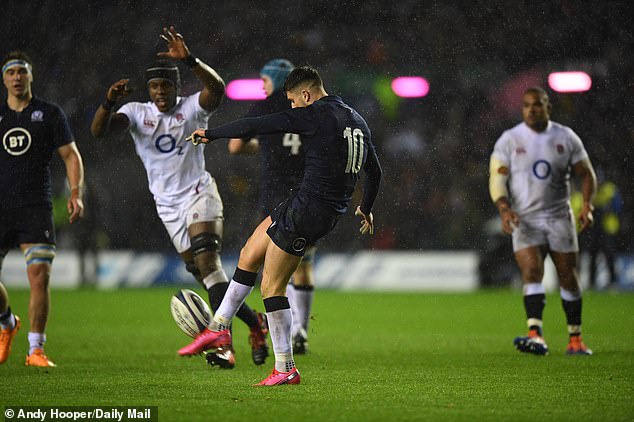 The weather wreaked havoc on the game, with both teams making errors throughout

In horrendous weather they had a strict gameplan which was quite like the one Saracens use in terms of kicking strategy with Owen Farrell and George Ford pulling the strings.

They didn’t overplay at all, it was mostly one-off plays and then put boot to ball and they did it well. In conditions like that no-one is going to risk throwing the ball around much.

They did really well and squeezed the Scots into overplaying and making mistakes.

If they expect bad weather, ‘Borthers’ would always have his Fairy Liquid ready. He’d constantly dip the balls into his bucket to make them slippery. It’s harder to prepare for strong winds, but we would have team scenarios where they say, ‘Right, you’re going into the wind now, how are you going to play?’ 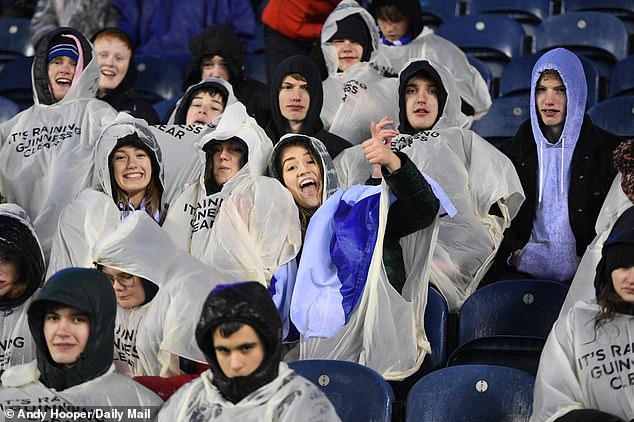 The fans had to wrap up in the stands, but the players on the pitch had to face the weather

If they think there’s going to be a lot of noise, they play Bread of Heaven or songs like that, depending on where you’re playing. They blast over the speakers at the indoor training barn back at Pennyhill Park. It forces you to work on your communication when you can’t really hear yourself. We even had a scrum-half in a blonde wig before we played South Africa to mimic Faf de Klerk. No stone is left unturned.

England won the territory battle, especially in the first half. The forwards won the breakdown and set-piece and they were the heroes — none of the backs saw much ball.

Selecting three sevens, Sam Underhill, Tom Curry and Lewis Ludlam, in the back-row showed that England were worried about the breakdown. We were schooled at the breakdown two years ago and that trio got the better of their counterparts but I still would have gone with a No 8. Billy Vunipola is out for the rest of the tournament and although the England loose forwards were dominant, I wouldn’t want the three 7s policy to continue. 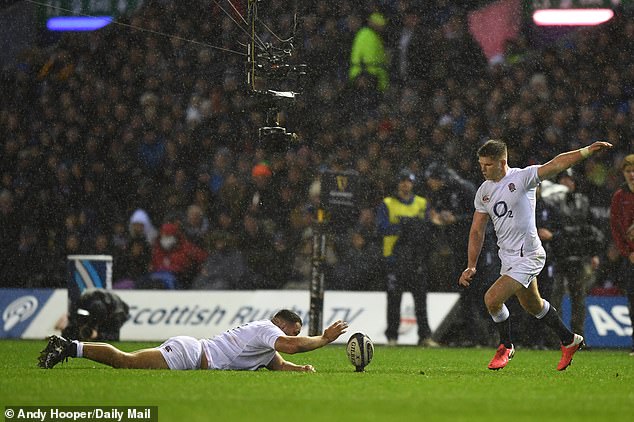 I know Alex Dombrandt is at my club Harlequins but he ripped it up in training during World Cup warm-up camps and Sam Simmonds at Exeter would be another option. That would help with England’s attack — getting over the gainline and making dents.

Picking three sevens is quite negative. The team for me was slightly worried about what Scotland would bring. Fair play it worked but I would like to have seen Eddie Jones have a look at one or two 8s before Billy comes back.

But England got the result and that is all that matters. I’ve lost at Murrayfield before and it is not a great place to be if you have been beaten.

In 2018 when we lost 25-13 it was desperate. We met in the food room of our hotel at 9am the next day when the Scots were probably still out on the town. It was dire. 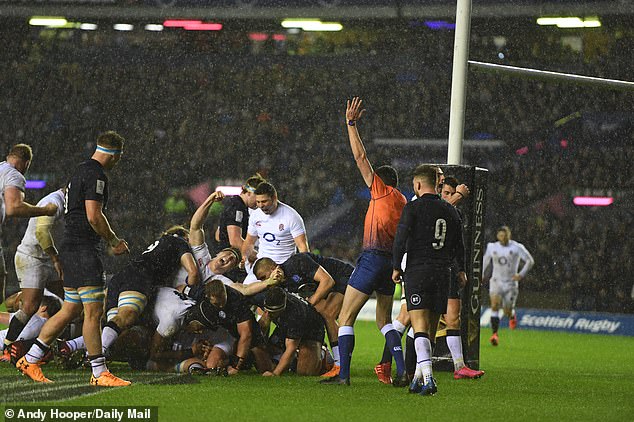 We would always meet before we left the hotel but that meeting was particularly in depth. Eddie was quiet, which is never a good sign. He doesn’t usually raise his voice outside of training but he’s usually got something to say. He hardly said a word so at least the team have avoided another awkward meeting like that.

After the initial Scottish burst they had most of the ball for the rest of the half but only scored three points before the break.

But wet weather rugby can be like that and the hostile crowd does not help. That hostility is not confined to the match — you get it in the build-up to the game.

I remember a five-year-old kid flicking the finger at me from outside the bus! It’s all part of it but you’ve got to be ready.

Now we’ll have to step it up for the Irish

The win over Scotland was great but it will be a different kettle of fish when Ireland come to Twickenham in a fortnight.

England were well away from being perfect and they will need to improve to get the better of an Andy Farrell-inspired Ireland side.

It is now about England expanding on their game. They have got the kicking game and hard press but against Ireland you are going have to have a bit more. They are a step up — you saw what they did to Wales in Dublin. 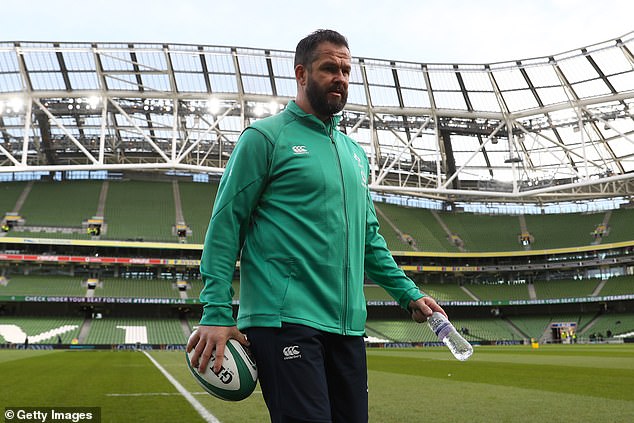 To add to that, once you get those turnovers England should look at capitalising. There was one example on Saturday when they got a turnover and there were one or two passes and Owen Farrell kicked it quickly with a three-man overlap. That won’t do against the Irish — release the ball to our backs and let them do what they’ve been picked for. They are all skilful players and have good kicking games.

The whole of Ireland will be pumped up for the match. Farrell is coming back to Twickenham and they will want to get that win. They are on a roll and still interested in winning a Grand Slam — and can win a Triple Crown if they beat Eddie Jones’s side. So England need to step it up.

Pensioner, 74, was left lying on the floor for five hours while waiting for...

Caroline Flack's had lifelong close relationship with her twin sister

US Open 2019: Harriet Dart bows out after suffering first-round defeat to Romania's Ana...