Technology has been responsible for an extraordinary hiccup during a crucial T20 international cricket women’s game.

India was robbed of a certain run-out by a stump microphone cover in the Tri-series final against Australia at Melbourne’s Junction Oval on Wednesday.

Australian captain Meg Lanning was hunting for a quick single when Indian Shikha Pandey grabbed the ball and immediately aimed towards the bowler’s end, where a loose microphone cover on the stumps blocked the run-out. 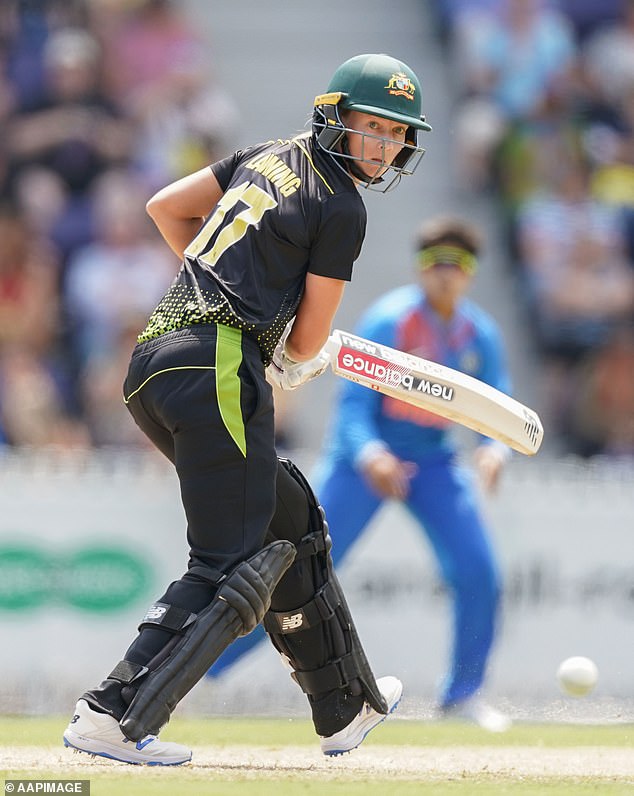 Television replays show a diving Lanning clearly out of her crease had the ball hit the stumps.

The run-out would have sent her back to the pavilion on 20 and left Australia on shaky ground at 3-98 after 13.1 overs.

A relieved Lanning then recovered quickly to snare an extra run out of the near run-out.

‘That is hitting the sumps, then oh dear, what has happened there.

‘That shouldn’t happen on the cricket field.’ 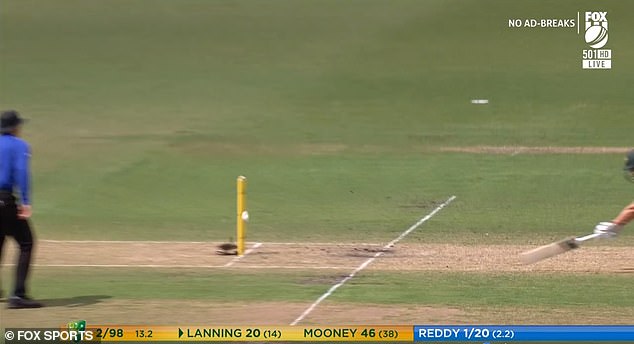 ‘That is where the spirit of cricket comes in as well because you know that when someone has a shot at the stumps and it hits any part of the batter the batter generally doesn’t run again,’ she said.

‘Technically you can but with the spirit of cricket you generally don’t.’

Some viewers believe Lanning should have been ruled out.

‘She should have walked,’ one cricket fan wrote. 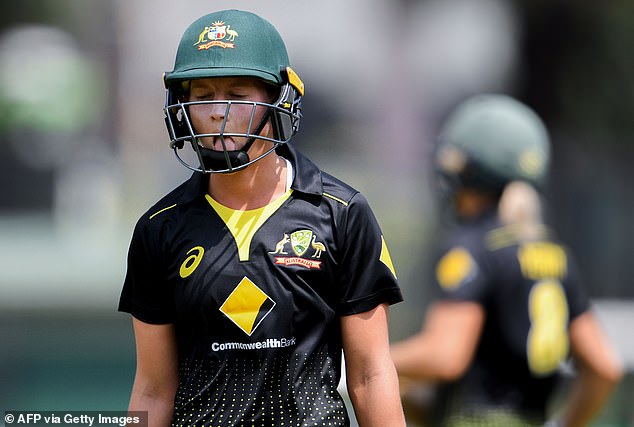 Lanning managed six more runs before being dismissed in the next over.

Australia have set India a score of 156 for victory after Lanning won the toss and elected to bat first.

Australia hope to retain their number one ranking at the upcoming T20 World Cup, which begins in Sydney next week.

Neil Warnock handed over texts and emails about Emiliano Sala before resigning as Cardiff...

I found love under my nose after years of broken hearts, says PAUL McKENNA

Pia Miller snaps back at trolls