For a while it looked like they were being brought home on a wet sail by their experimental middle order, only for it to take a late-innings scramble for England to get their one-day ship back on course and preserve a three-year unbeaten record in 50-over series.

It was the unlikely duo of Joe Denly and Tom Banton, both batting out of position to offset the absence of resting duo Ben Stokes and Jos Buttler, who did the bulk of the work to realign the world champions’ pursuit of 257.

But it wouldn’t be England without late drama and their separation with 25 runs required from 13.3 overs left the door ajar for a South African team outplayed for huge swathes of a contest finally settled when Moeen Ali pierced the covers for a boundary and then lofted into no-man’s land with the scores level. 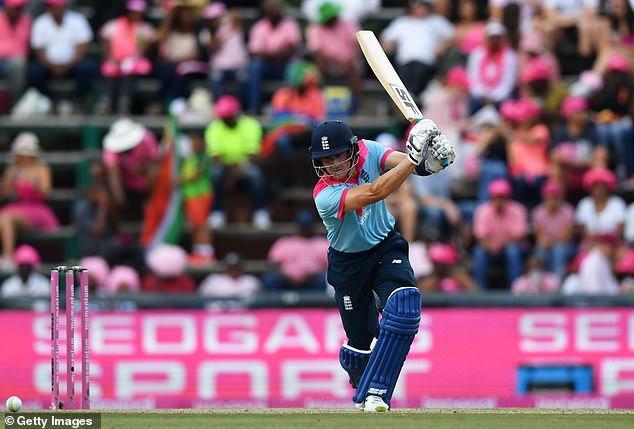 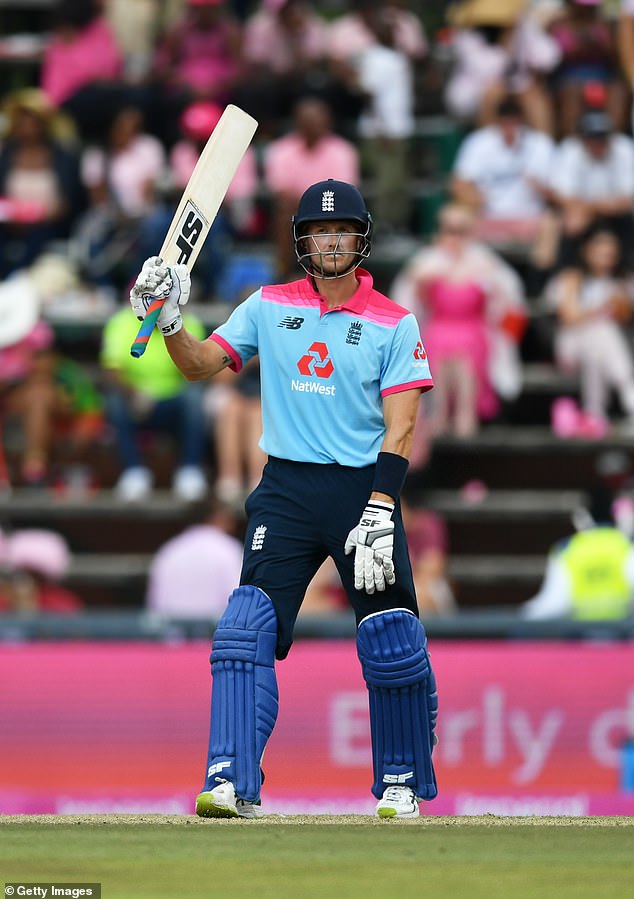 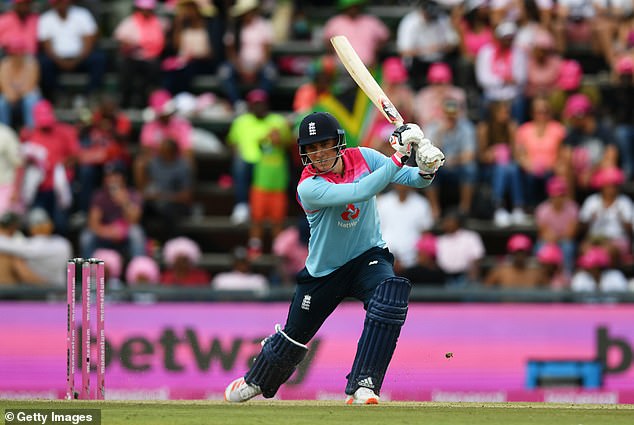 The two-wicket win made it a dozen bilateral series without defeat, the 1-1 scoreline here representing a second draw in the period stretching back to India in January 2017.

Eoin Morgan has been keen to point out that this is opening period of a three-year run to the next World Cup is one for trial and error. Those features were in abundance through the second half of the game.

Aside from half-centuries from their captain Quinton de Kock and David Miller, the South Africans struggled for fluency with the bat and the result had looked a lot more clinical when the new faces in the top six displayed the temperament to develop the platform set for them with a decisive stand of 70 at a run-a-ball.

Until Tuesday, Denly had waited 11 years for a one-day international 50. Suddenly, two have come along in a week.

The 33-year-old is like water in his ability to get into all kinds of places you would not expect him to. First there was the call to open the batting in Test cricket 13 months ago; he does not possess the natural characteristics of a number five in one-day internationals. 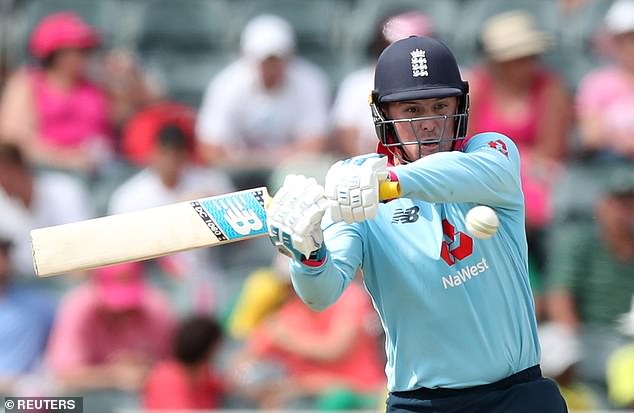 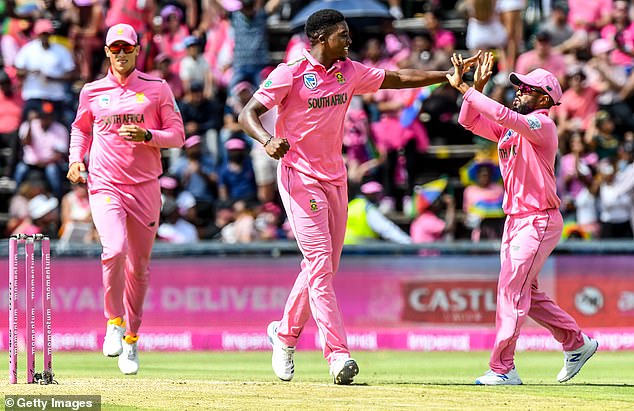 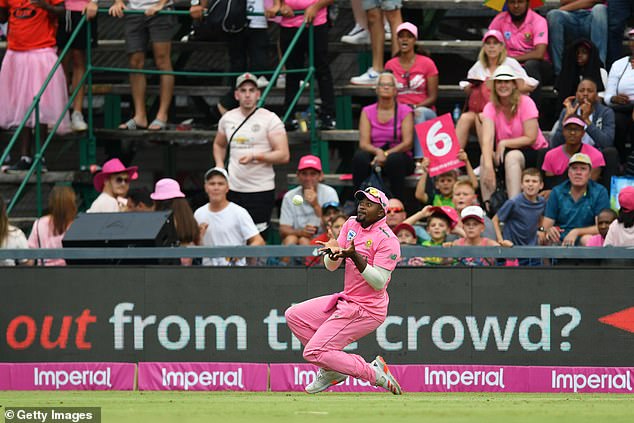 Crucially, though, he is showing an adaptability in his second coming as an England player and he took advantage of Lungi Ngidi palming a chance over the rope for six when he was on 30 to hit 66, comfortably finishing as the tourists’ leading run scorer of the series in the process.

Sensing the back of the pursuit – steadied during 14 overs in tandem with Joe Root – had been broken, he muscled consecutive sixes off Tabraiz Shamsi either side of registering a half-century from 72 deliveries.

Intent on finishing in a flurry, he miscued Ngidi to deep extra cover soon after. When Banton followed three balls later it gave the hosts’ attack fresh meat upon which to prey and the nerves were jangling when Tom Curran and Adil Rashid gifted Ngidi further successes.

But Moeen, an assured presence with the ball earlier on, finished things with one final assault on Lutho Sipamla. 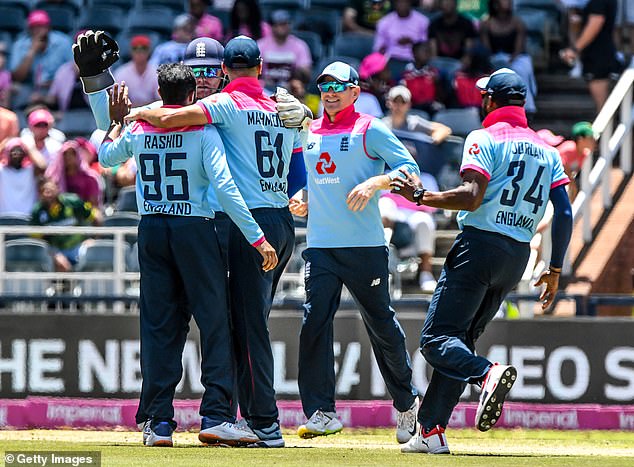 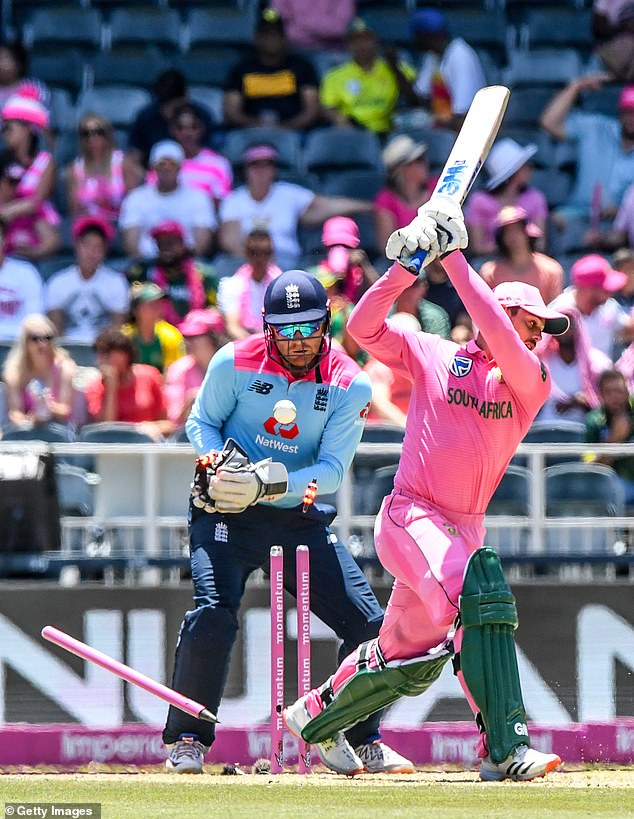 Earlier, Jonny Bairstow appeared to be in a mood to finish things quickly. He hinted at nothing of the savagery that was to follow in mustering four from his first seven deliveries. He took 39 off the next 15.

The Wanderers was at its vibrant best until world cricket’s number one choir was temporarily silenced when Bairstow thudded a flat six into the advertising boards to bring up the England 50 inside six overs.

Just as in the first encounter in Cape Town, though, England lost both openers in consecutive overs following a rapid burst from the blocks.

Bairstow tucked straight to square leg and Roy top-edged a pull which meant a rebuild for the two Joes when Morgan prodded a return catch to Beuran Hendricks.

When Temba Bavuma took a pearler of a catch, lurking low at leg slip to remove Root for 49, it tested England’s understudies. Denly and Banton, whose strike rate rarely dips below 100, coped admirably until the late collapse took off some of the gloss.

England joined in South Africa’s annual fund-raising day for breast cancer by adding dashes of pink to their sleeves and collars – the first tourists to do so in its nine years of existence – but they were not so charitable with the ball early on as Tom Curran and debutant Saqib Mahmood set the tone after Eoin Morgan won the toss and wisely inserted with the prospect of showers ahead. 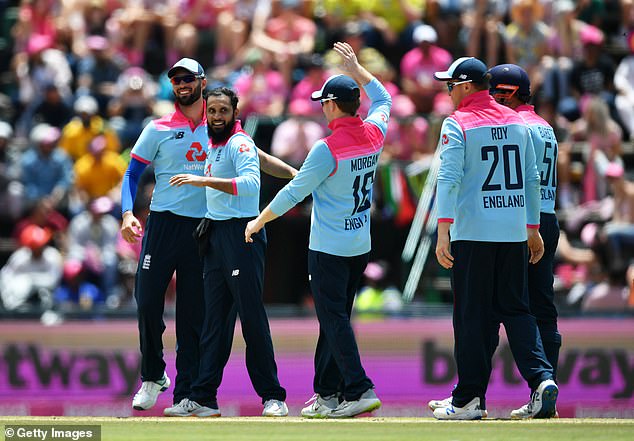 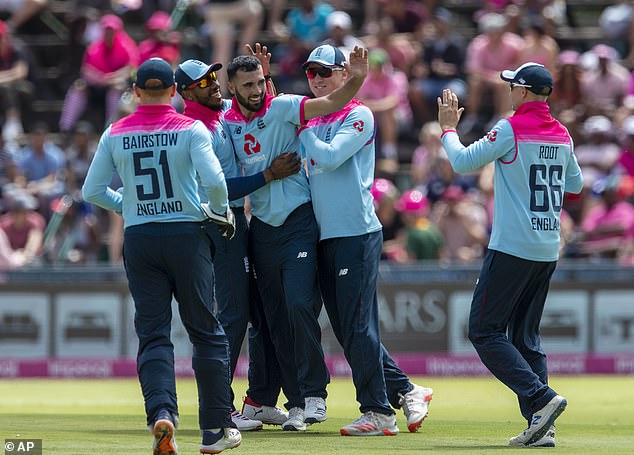 It took 10 deliveries for Quinton de Kock to lay a bat on Curran, promoted to open the bowling in the absence of his younger brother Sam and Chris Woakes, while Mahmood was rewarded for a disciplined first display in 50-over cricket for England when a delivery nipped back off the crazy-paving pitch to trim the top of Reeza Hendricks’ off-stump.

It meant that de Kock and Bavuma, that pair that provided South Africa’s batting force in the opening match win at Newlands, were unable to build the momentum this time.

The run rate had not breached 4.5 an over when Eoin Morgan turned to his recalled spin duo of Moeen and Rashid to apply the kind of pressure that influenced so many matches on the four-year journey to becoming world champions last July.

Once again they showed themselves to be the masters of the middle over squeeze, combining for joint figures of 20-0-94-4 and reduced the ambitions of the home team in the process. 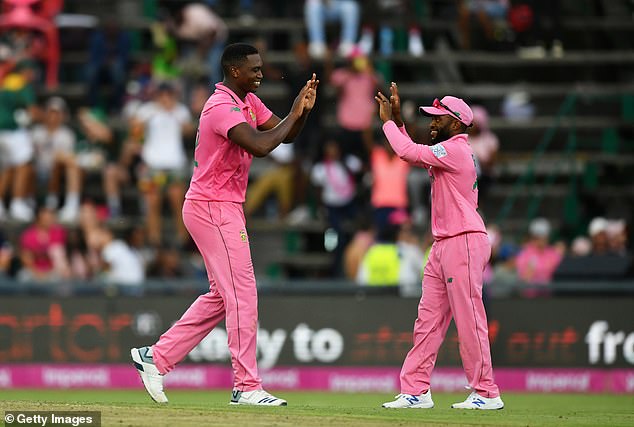 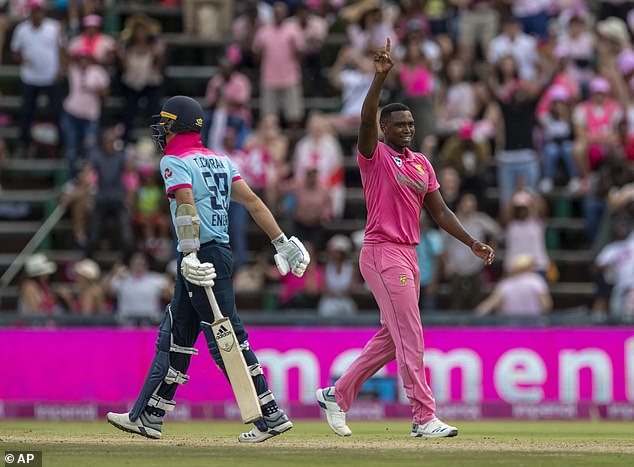 The effects were immediately felt when Rashid sent the South Africans goggle-eyed with his googly in an extraordinary and highly-controversial second over.

Having survived one strong leg before appeal, Bavuma was given out in that manner, sparking a farcical episode of play in which third umpire Aleem Dar became centre stage.

Bavuma frittered away South Africa’s single review, which was then bizarrely returned to them by TV official Dar next ball when Rassie van der Dussen became another Rashid LBW victim.

The England team were left apoplectic as the on-field umpires Shaun George and Gregory Brathwaite informed that Dar had believed the ultra-edge technology had not functioned properly when assessing Bavuma’s decision and as such the review should be retained as it is in umpire’s call verdicts.

Replays showed the ball missing leg stump and allowed van der Dussen to resume his innings, although the reprieve proved brief, as Moeen rushed one through his defences at the other end. 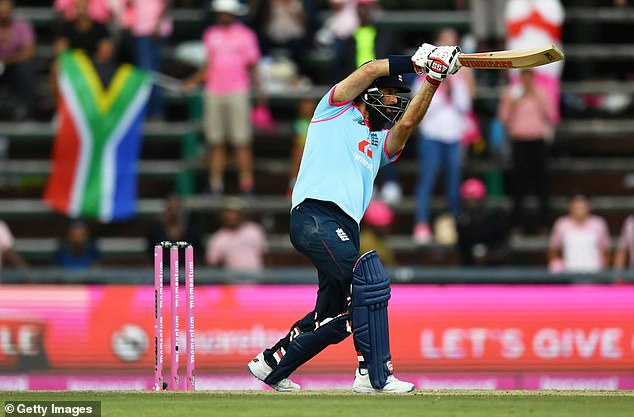 And when Rashid suckered de Kock with a perfectly-flighted leg break, the South Africans had lost the man with the capacity to take the South Africans to 300 and beyond. It also drew the Yorkshire leg-spinner level with Sir Ian Botham in England’s list of one-day wicket-takers.

However, he took sole ownership of fifth place when Andile Phehukwayo became his 146th victim attempting to slog-sweep towards the death.

It left Miller with four genuine tail-enders and Johannesburg’s high-altitude air for company. He protected the former superbly to take advantage of the second’s propensity to add another 20 yards to long-ball strikes.

Having reached 50 off 45 balls, the left-hander doubled his sixes tally with two off Chris Jordan in the final over of the innings, setting England a target of 257, two fewer than South Africa chased in the opening match.

In the end, England were thankful it had not been two more as they were made to sweat before preserving their unblemished run.