Lord Lucan is alive! Or so claims a building contractor called Neil Berriman. And why should we listen to Mr Berriman? Well, he is the son of Sandra Rivett, the Lucan family nanny, whom in November 1974 the 7th Earl allegedly bludgeoned to death, mistaking her — in a darkened room — for the wife he had come to hate.

This was not acceptable behaviour, even among the decadent English aristocracy. Lucan fled, and while he is believed to have thrown himself into the English Channel from a Newhaven ferry a few days later, his body has never been found.

The appetite for claims to have discovered the missing Earl in various remote spots has never since abated. Berriman, who as a baby had been given up for adoption by the unmarried Rivett, says he has spent years (and £30,000) looking for his mother’s murderer — and insists he has located Lucan, who would now be 85, ‘living as a Buddhist in Australia’. 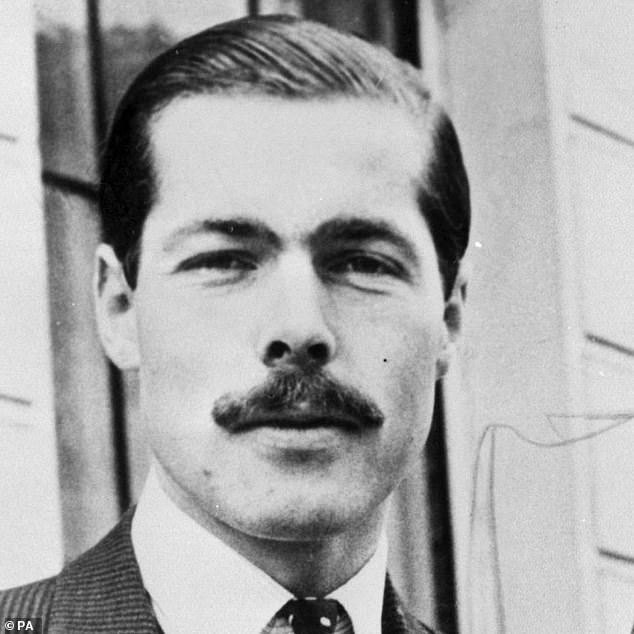 Lord Lucan (pictured) is alive! Or so claims a building contractor called Neil Berriman. And why should we listen to Mr Berriman?

Berriman has passed on to the Metropolitan Police the address of the man, along with what he claims are the ‘eight aliases’ used by the alleged fugitive from justice. Scotland Yard responded: ‘The inquiry into the death of Sandra Rivett remains open, as is the case with all unsolved murders. Any significant new information will be considered.’

I’m not sure Berriman’s story is ‘significant new information’ — there seems no evidence, let alone photographs, to back up his account. But I can hardly blame the Daily Mirror for covering their front page with a picture of the missing Earl, alongside the headline: ‘Victim’s son: I’ve tracked down Lord Lucan.’

The reason I can’t blame them is that as the editor of the Sunday Telegraph in 2003, I published at great length and prominence the account of a former member of the Met’s central drugs squad, Duncan MacLaughlin, who claimed to have proved that Lucan had ended up in a sort of hippy commune in Goa, under the assumed name of Barry Halpin, becoming known as ‘Jungle Barry’.

Sandra Rivett (pictured), the Lucan family nanny, whom in November 1974 the 7th Earl allegedly bludgeoned to death, mistaking her — in a darkened room — for the wife he had come to hate

Ended up, literally: ‘Barry Halpin’ had, as the ex-cop related, died in 1996 — marked by an obituary notice from friends in the local paper under the line ‘Goodbye, old cock’. Not very 7th Earl. But MacLaughlin had written an entire book to back up his claims, entitled Dead Lucky. Lord Lucan: The Final Truth.

On the cover was a photo of ‘Barry Halpin’ sitting on a rocking chair in his Goanese retreat, looking, both in dress and in the extent of his beard, more like Robinson Crusoe than anyone else.

But MacLaughlin claimed to have testimonies from ‘facial reconstruction experts’ to show that these were indeed — that is, Lucan and Halpin — the same man: the former cop’s killer point (so to speak) was that ‘neither man had earlobes’. 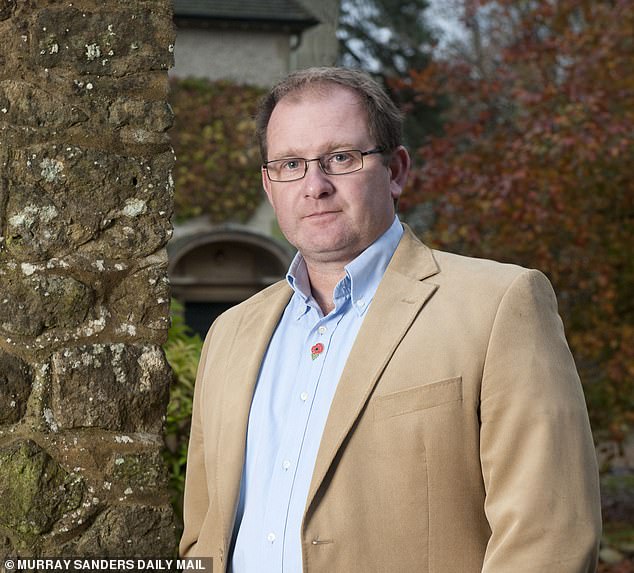 Berriman (pictured), who as a baby had been given up for adoption by the unmarried Rivett, says he has spent years (and £30,000) looking for his mother’s murderer

Gotcha! The publisher of MacLaughlin’s book, who came to see me in my office, admitted he had been turned down by the News of the World, on the pettifogging grounds that they did not believe any of it. So I could have the scoop and serialisation for a mere £5,000. I rather shared the view of the editors of that now-defunct red-top Sunday paper. On the other hand, I found the whole business gripping. So I signed up.

But the words I ran above the masthead of the Sunday Telegraph — alongside the photo which the missing earl might indeed have looked like if he’d spent more than 20 years of solid boozing in a tropical hippy commune — were: ‘Is this Lord Lucan?’

I reassured myself that a question could never be untrue, and waited for the reaction. It was instant and spectacular. Sky ran live news feeds from outside Lady Lucan’s home. She told the channel: ‘It’s unutterably boring. I could never imagine my husband looking so pathetic.’

That was more grist to the mill: our sales ran at tens of thousands above normal levels. Leading bookshops immediately contacted the delighted publisher with colossal buying orders. 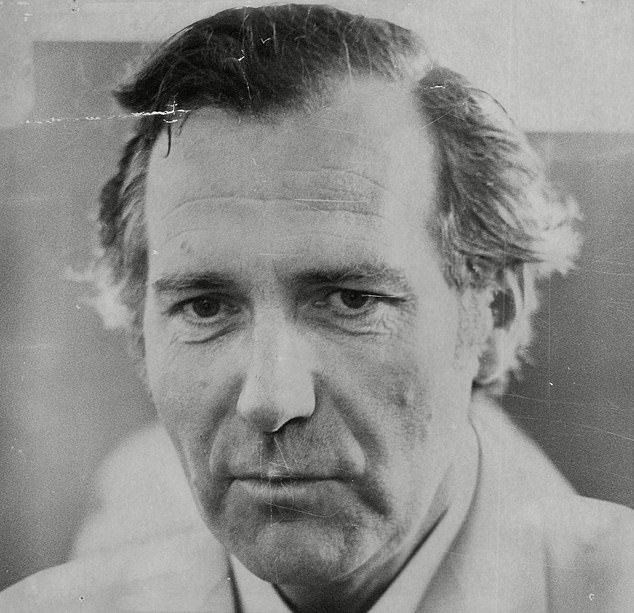 John Stonehouse (pictured), the fugitive Labour MP who was arrested by the police in Australia, under the impression that he was Lord Lucan

Then, around lunchtime that Sunday, the truth — I mean, the real truth — emerged. A number of Barry Halpin’s friends got in touch with the Guardian to reveal that the picture really was of the man they knew.

He had been a ‘character’ in the pubs and clubs of the North-West of England in the 1960s, where he was known for playing ‘the concertina, banjo and tin whistle’. And he always addressed friends as ‘old cock’. He had indeed left this country for Goa, but as one of his old mates, the comedian Mike Harding, said, ‘that didn’t mean that he was actually Lord Lucan’.

Harding added: ‘I laughed until I cried when I saw the Sunday Telegraph: to think that anybody could mistake my old friend Barry Halpin for Lord Lucan!’ WHSmith and Waterstones immediately cancelled their orders for Dead Lucky. Almost 80,000 copies had to be pulped.

A few weeks later, the publisher, John Blake, wrote a charming letter of apology to me. I replied that no apology was required, at least to me. We had merely posed a question — and enjoyed booming sales. Moreover we had received no complaints from readers. Actually, to judge from the letters I received, they had enjoyed it all as much as I had.

Obviously, such escapades are not enjoyable for the family of the late Lord Lucan (he was officially declared dead in 2016, when his son George Bingham became the 8th Earl of Lucan). 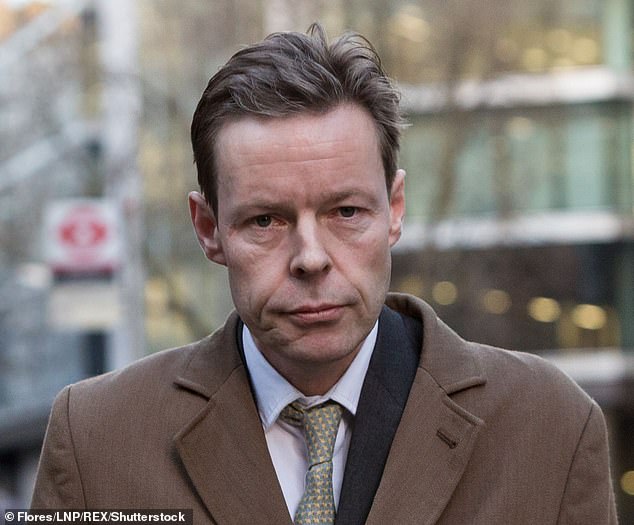 Obviously, such escapades are not enjoyable for the family of the late Lord Lucan (he was officially declared dead in 2016, when his son George Bingham (pictured) became the 8th Earl of Lucan)

When the Mirror approached the earl with this latest ‘news’ that his father had been identified by Sandra Rivett’s son as being alive and in Australia he said: ‘I’ve met him [Rivett’s son] a couple of times, but had no idea he was looking for [my father]. He isn’t the first person to go to Australia. I remember they went out there to try and find my father and instead found John Stonehouse.’

This is actually true. In the same year Lucan did his runner, so did that Labour MP and former Postmaster General, who was immersed in fraudulent business activities (and, it turned out, had also been a paid agent for the secret service of communist Czechoslovakia).

Stonehouse did what was later known as a ‘Reggie Perrin’: he left his clothes in a pile on a beach in Miami, and was presumed dead. Obituaries were published, even though no body was found. In fact, he had gone to Australia, where the police in Melbourne were tipped off about a mysterious well-spoken Englishman, who had been shuffling large amounts of cash from England into a local bank. 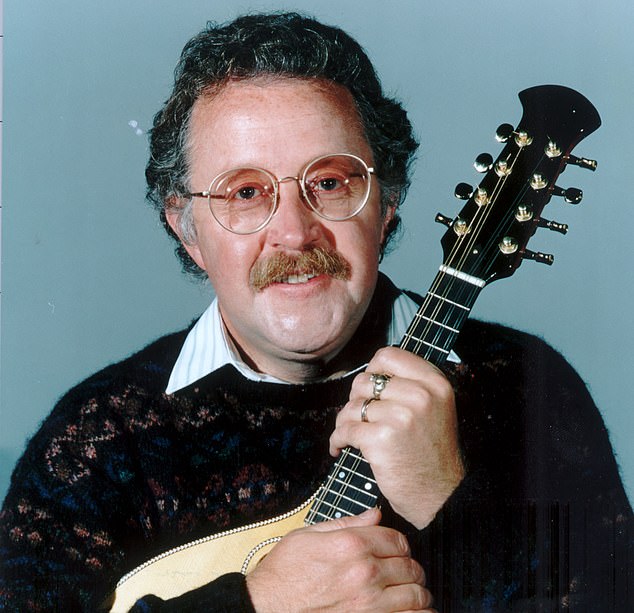 Mike Harding (pictured) said: ‘I laughed until I cried when I saw the Sunday Telegraph: to think that anybody could mistake my old friend Barry Halpin for Lord Lucan!’

The police suspected this was the missing Lord Lucan. He was arrested, but when the cops pulled down his trouser leg, looking for the six-inch scar on the inside of his right thigh which was a distinguishing feature of the missing earl, they realised they had the wrong man.

Still, a good day’s work: John Stonehouse (for it was he) was brought back to face justice in England, where in 1976 he got seven years for fraud. He died in 1988, not long after suffering a heart attack in a TV studio during the filming of a programme about notorious missing people. Lord Lucan was not available.

I confess now (having not done so before) why I was especially interested in Lucan. My wife Rosa had joined him — and two others — at a dinner at the Clermont club, barely a fortnight before he allegedly murdered Sandra Rivett. Rosa was then 21 years old, and a friend of one of the other members of this foursome. 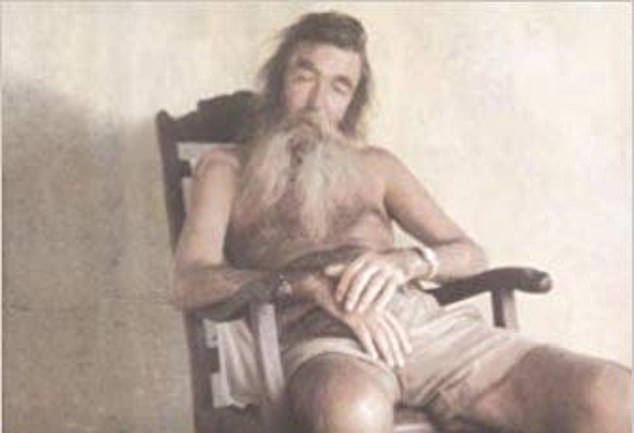 As the editor of the Sunday Telegraph in 2003, I published at great length and prominence the account of a former member of the Met’s central drugs squad, Duncan MacLaughlin, who claimed to have proved that Lucan had ended up in a sort of hippy commune in Goa, under the assumed name of Barry Halpin (pictured), becoming known as ‘Jungle Barry’

When she told me about this, I was agog to learn of her impressions. She said that Lucan ‘had the most wonderful, old-fashioned manners, but he was sweating and seemed distracted’.

At the time Rosa put this down to his known gambling habit: the Clermont was a casino, and she assumed his distracted manner was because his mind was on the roulette table rather than on the conversation.

Now we know that his anxieties were much closer to home, with the fatal consequences that still fascinate my trade, and, perhaps, the nation.

Man is stabbed to death outside Rose and Crown pub in Writtle on Brexit...

Bobby Madley to return to refereeing in England after PGMOL talks