She has raised a record-breaking $52million for Australian bushfire relief efforts.

And Instagram star Celeste Barber took to centre court at the Australian Open in Melbourne on Saturday, with her ‘hot husband’ Api Robin.

Dressed in a chic pink frock, the 37-year-old comedian had a ball as she struck a number of playful poses. 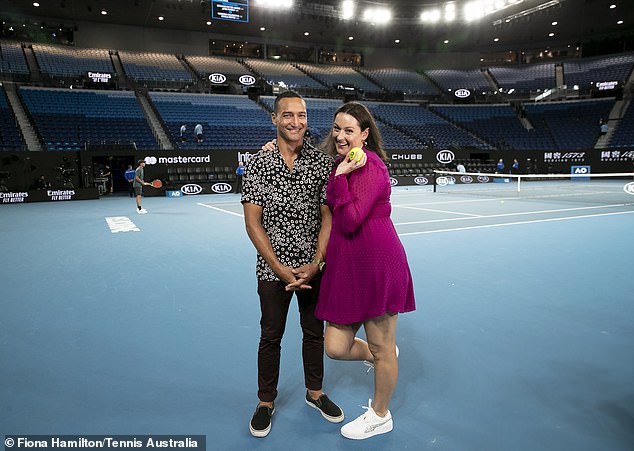 She added delicate silver drop earrings and opted for an elegant makeup palette.

Husband Api looked cool and casual in a black and white abstract shirt, which he paired with black skinny-leg pants and coordinating sneakers. 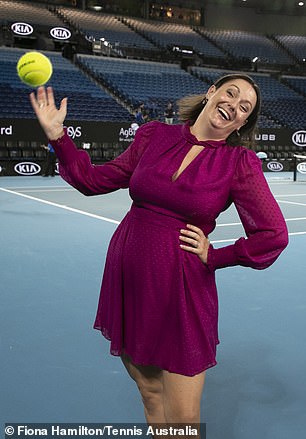 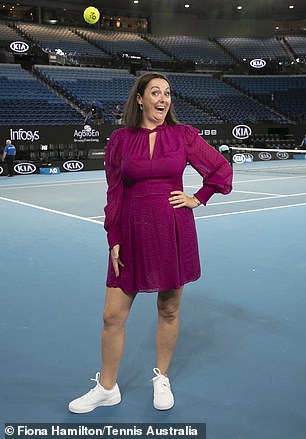 Goofy: Dressed in a chic purple frock, the comedian had a ball as she struck a number of playful poses 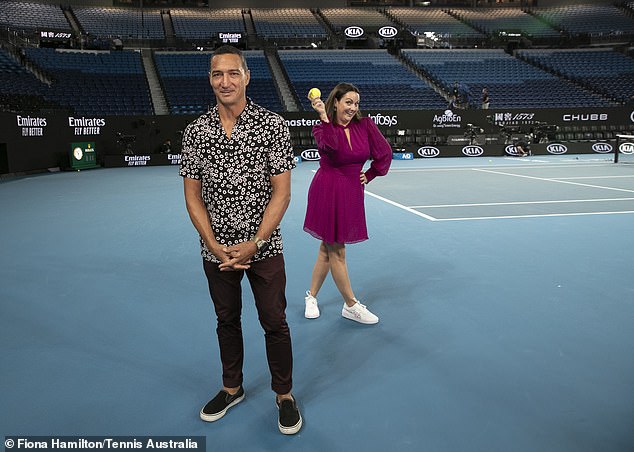 Her other half: Husband Api looked cool and casual in a black and white abstract shirt, which he paired with black skinny-leg pants and coordinating sneakers 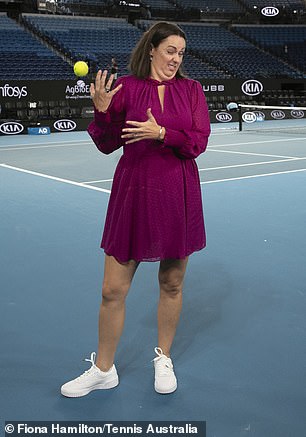 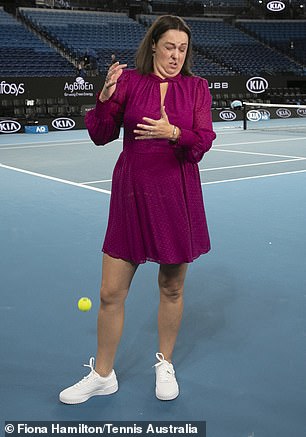 Having a laugh: Celeste, who is known for her parodies of celebrities, made use of a tennis ball on centre court 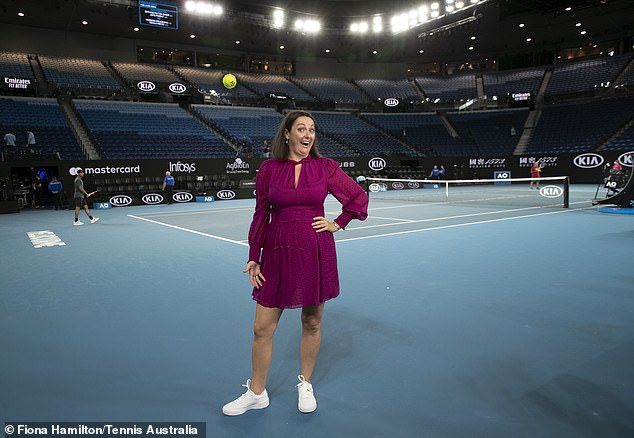 Happy to be there: Celeste could not wipe the smile off her face

The couple took a number of shots on centre court, with Celeste showing off her goofy side.

They were later joined near the locker rooms with retired tennis champions Pat Rafter and Martina Navratilova.

Earlier this month, Celeste celebrated raising $52million to help victims battling the raging bushfires around the country, just one week after launching her appeal.

She took to Instagram to announce that she’d met her goal, and shared a photo of the fundraiser alongside the caption: ‘Power to the people!’ 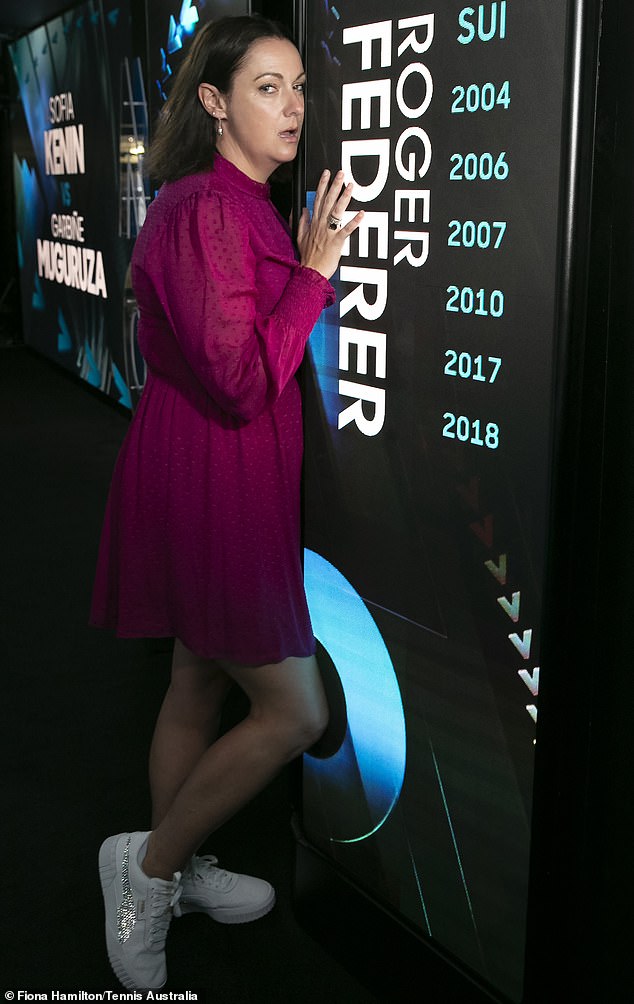 Ready for her close-up: Celeste later posed up a storm near the locker rooms 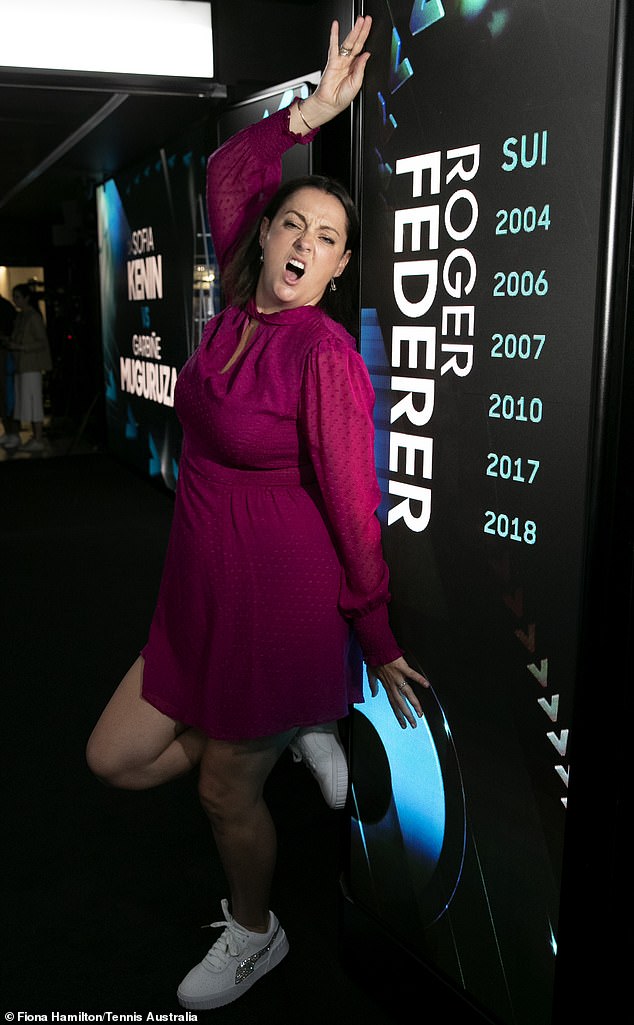 She’s no wallflower: The brunette looked to be in her element as she posed for a photographer 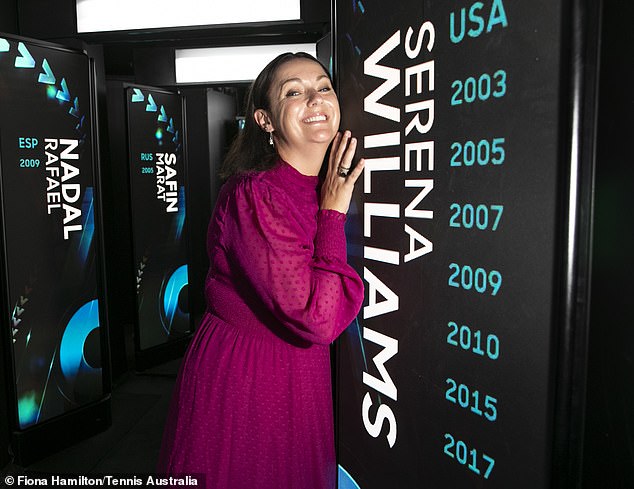 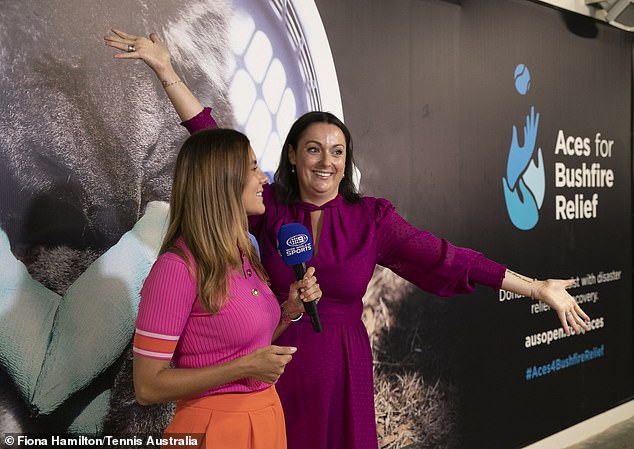 Making waves: She has made headlines around the world for her efforts, and was interviewed by Channel Nine’s Lauren Phillips

Celeste, who is known for her parodies of celebrities, attracted more than one million donations from people around the world.

Aside from raising funds, Celeste has also bought supplies for the firefighters on the frontline.

Api shared a video of his wife ‘getting some essentials ready… for those heroic folks fighting the blazes’. 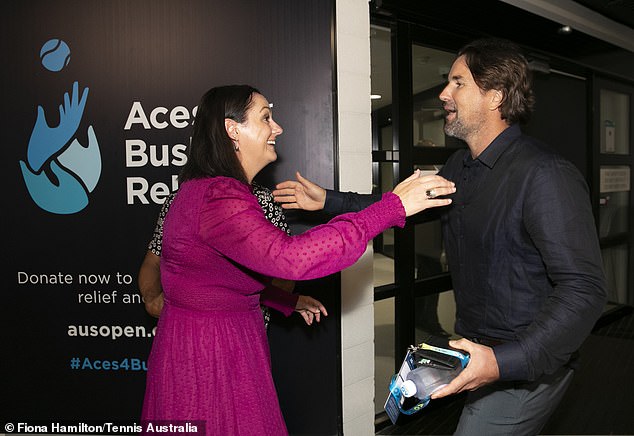 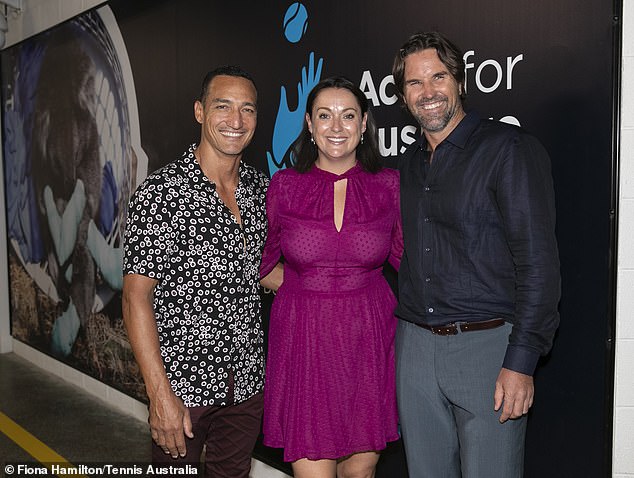 Picture-perfect: Pat, 47, happily posed for a photo with Celeste and Api 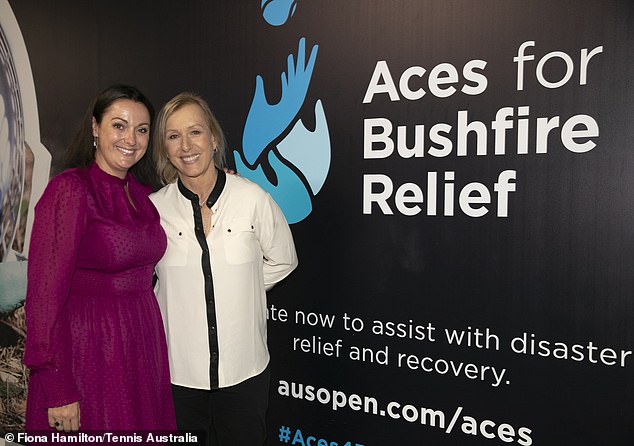 David Hockney's The Splash sells for £23million at auction

Car Insurance: Simple way you could save £40 on your premium...

Baby elephant is eaten alive by a pack of hyenas as...