A fearless bird proved to be no chicken as it crossed a busy four-lane highway during peak-hour traffic while drivers made way.

The bold bird caused delays on Auckland’s Southern Motorway as it waddled across the road at 7.30am on Thursday morning.

A car in the far right lane immediately slammed on its brakes as the bird embarked on its risky crossing. 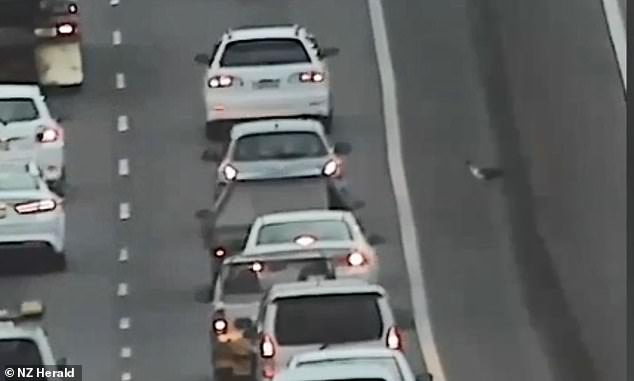 A bird caused delays on Auckland’s Southern Motorway as it waddled across the road at 7.30am on Friday Morning

It patiently waited in the middle of the road for a few seconds before cars in the remaining lanes stopped.

As the drivers in the left-most lanes also obliged, the brave bird crossed to the other side and wandered into the bushes.

The New Zealand Traffic Authority said it was not uncommon for wildlife to get onto busy roads in the country’s biggest city.

A similar incident happened in February, when a cow roamed onto the State Highway in Auckland.

On that occasion, officers closed the road and shot the animal which had been injured, while a large pig stopped traffic on the Northwestern Motorway in 2016. 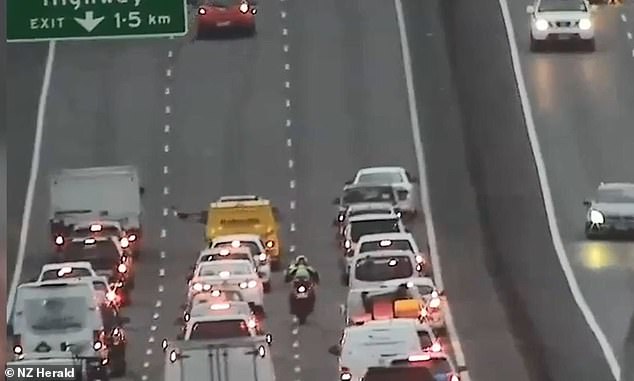 Virgil van Dijk and Joe Gomez could be the best defensive partnership in Premier...

Owen Wilson rides bikes with mystery blonde in NYC… after being...